Yonge Station is located at the corner of Yonge Street and Madeline Drive in Barrie Ontario – a main corridor into the city as well as a close walk to the Go Station. This community is a thoughtful collection of condos, eight-plex’s and townhomes. Ideal for families starting out, commuters to Toronto and seniors who downsized and craved the condo life of less house… more home.

Pratt Homes wanted to instil a sense of community pride in Yonge Station and leave a lasting impression of Barrie’s commitment to culture as visitors enter and exit the city. That is why Pratt Homes partnered with Ron Baird (a famous sculptor/artist) after seeing his enthusiasm and ideas for the project.

“It is a rare opportunity for a commissioned artist to be allowed to run free.  Pratt Homes let me off the leash, trusting I would return to them with a bone that they liked.” Says Baird. He continued to say “Here’s what they got: Fifteen gutsy rusted steel sculptures that will stamp the cultural landscape of their Yonge Station Project”.

The Yonge Station community now hosts a captivating, 34ft in height by 22ft in width, feature art piece called the “Spirit Clock” which sits proudly at the corner of Yonge and Madelaine. Several more accent sculptures were added throughout the community. The art maintains a “train” theme to represent the communities’ proximity to the Barrie South GO Station.

Baird stated, “While chasing ideas, the most fun I had was designing a large clock who is the steam punk granddaughter of Barrie’s Spirit Catcher.” He finished by saying, “In the tradition of the popular public clocks peppered throughout Europe’s cities and towns she will dance on the hour on Barrie’s Yonge Street”

Pratt Homes’ owner, Karen Hansen said, “Working with Ron has been incredible. He really understood the scope of what we’re trying to achieve.  He brought together 3 important ideas into one piece; suggestive elements of Barrie’s GO station, the up and coming South End and Barrie’s existing art culture.” 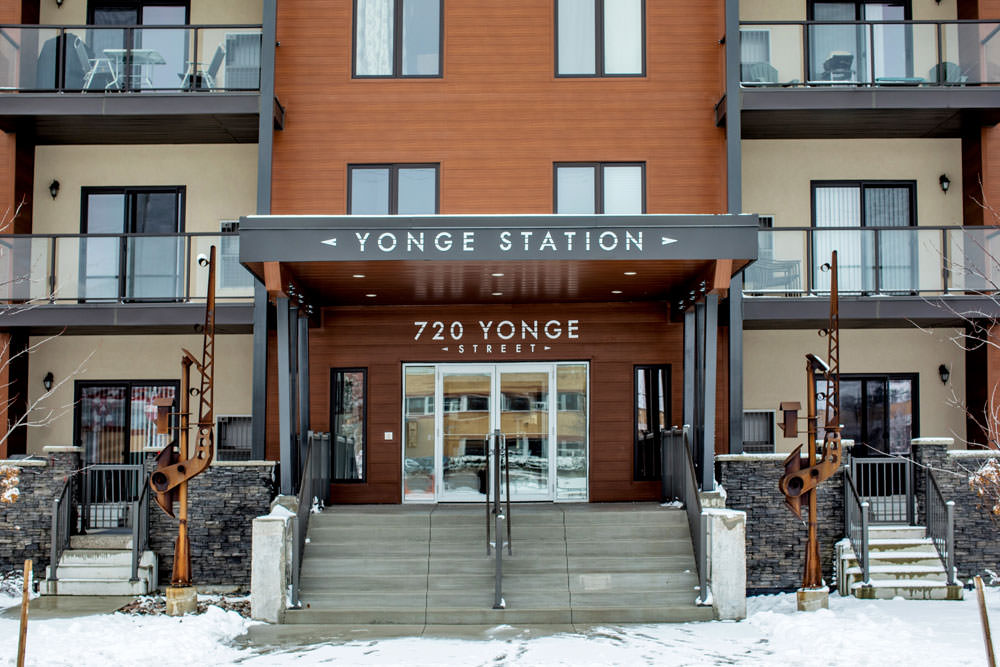 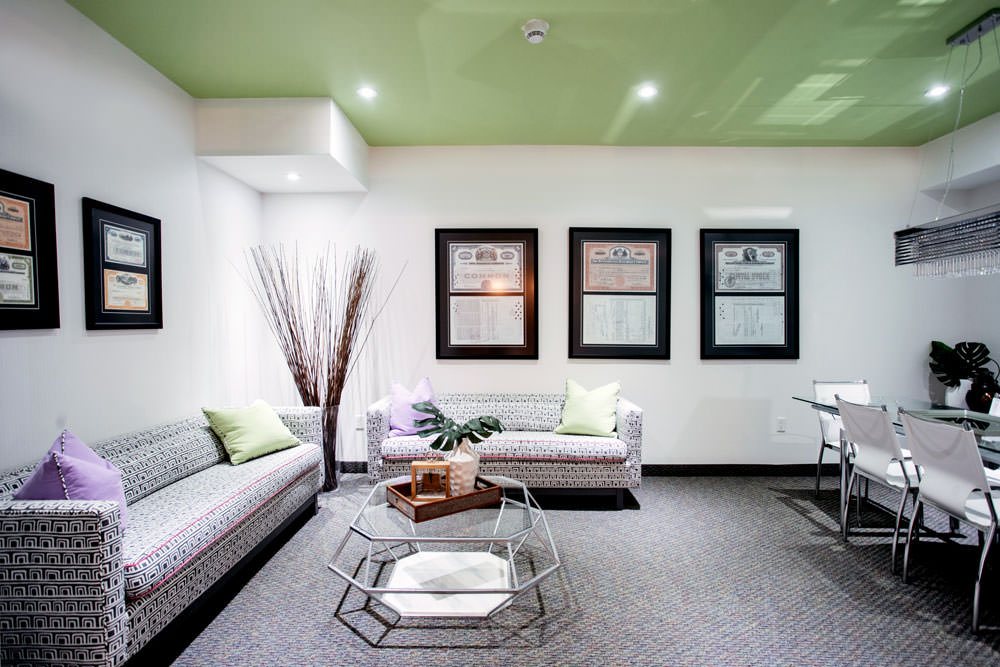 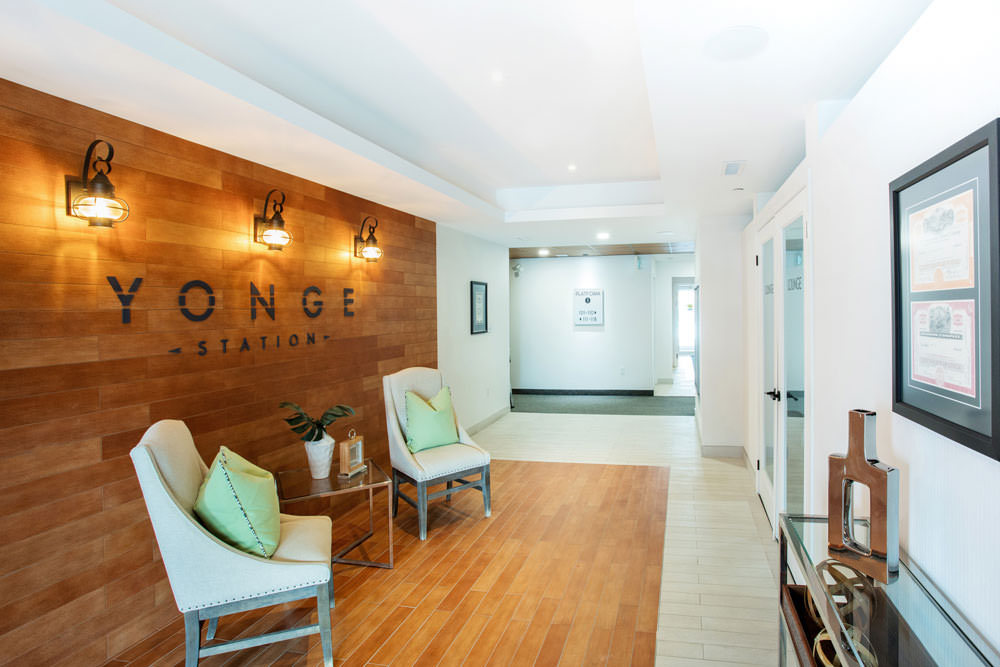 Special Notes About This Build 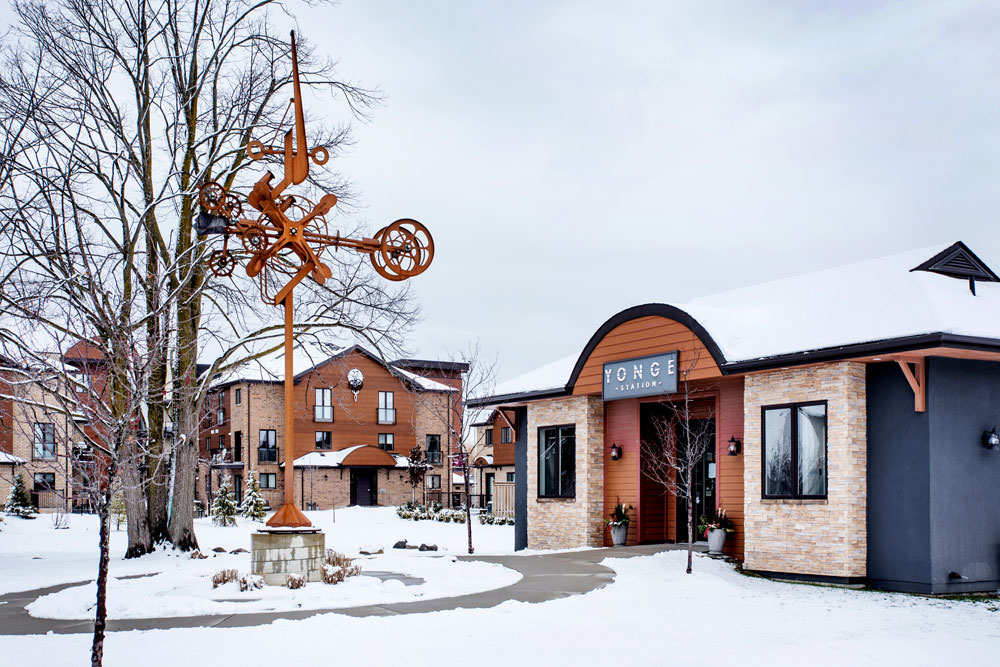 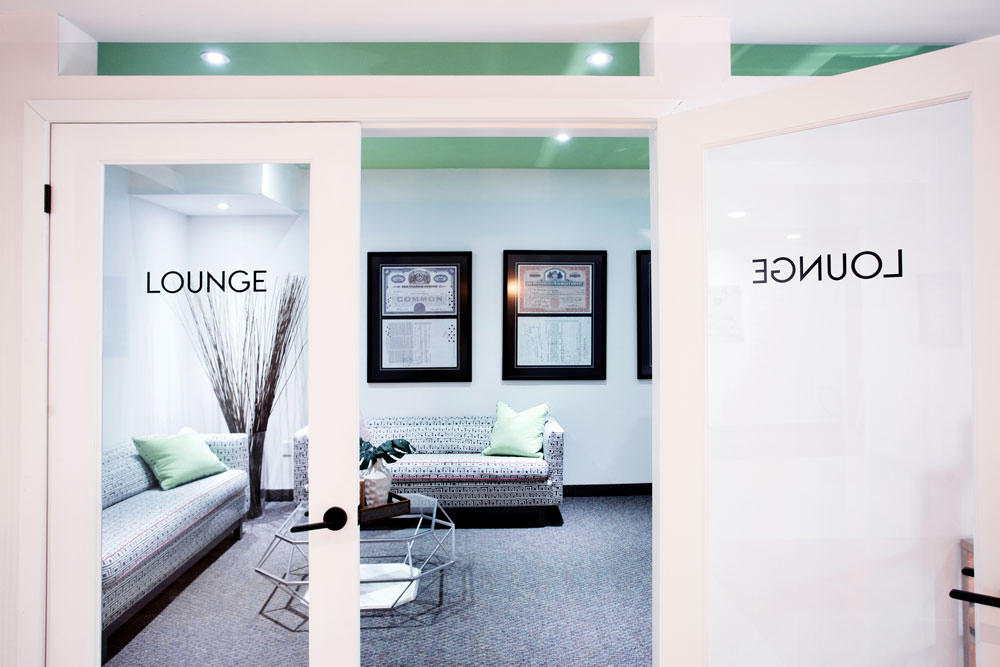 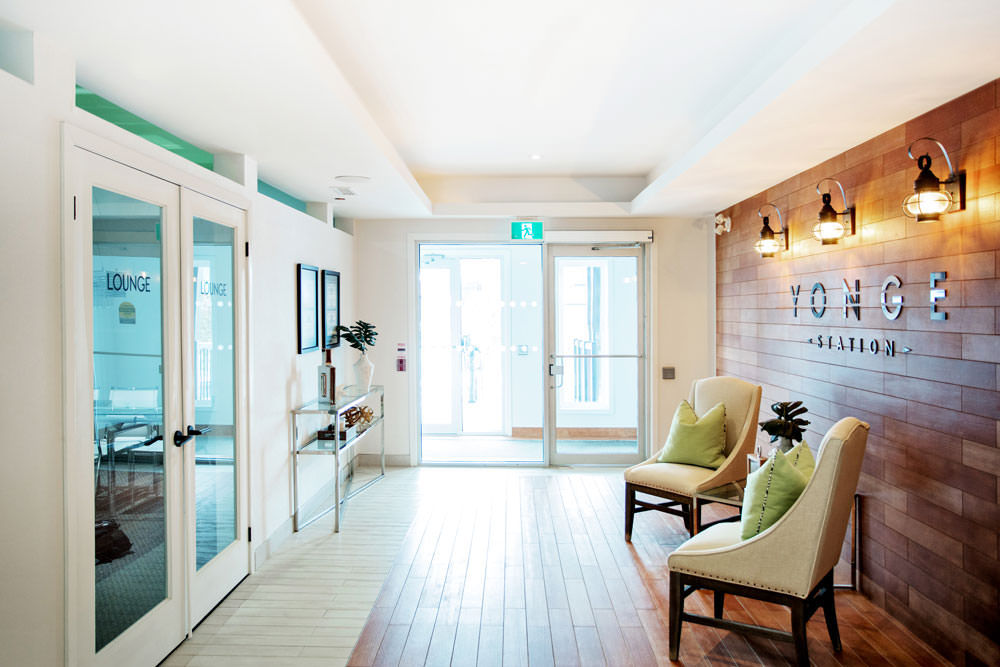 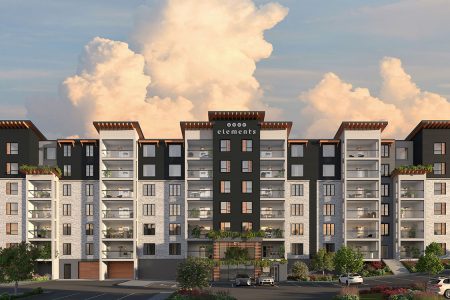 Pratt Homes, the largest new homebuilder in Barrie, is about to launch Elements Condominiums. 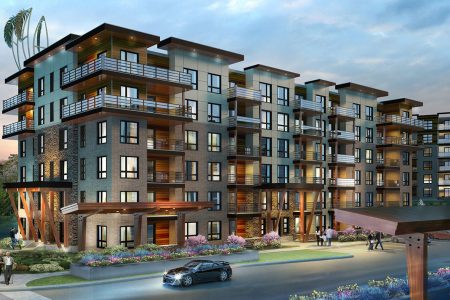 This community included walking trails and a rooftop patio — one of Barrie’s most desired new builds. 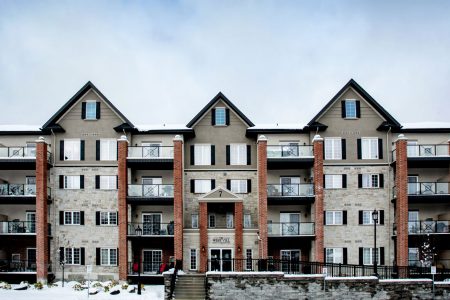 This community included condos and detached homes that were inspired by New York’s creative Greenwich Village.