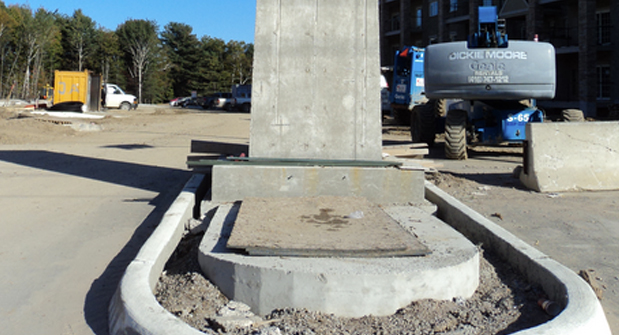 A little bit of interesting history lies behind plans for a central feature in the Manhattan condo development in Barrie.

We have recently erected the base structure of the centre pillar for our front entrance.

When the entry feature was being designed during the site plan stage, and specifically the centre pillar, it was intended to pay tribute to the famous Obelisk (affectionately called Cleopatra’s Needle), which is located in Manhattan’s Central Park.

The history of Cleopatra’s Needle is truly fascinating!  There were originally two Obelisks constructed around 1500 B.C. in Egypt in celebration of Pharaoh Thutmosis III’s 3rd jubilee. The Obelisks were inscribed in Egyptian hieroglyphics.  These ancient artifacts were relocated around 12 B.C. and in the late 19th century they were split up.  One Obelisk was shipped to London and the other was shipped to New York City as gifts from the Khedive of Egypt in exchange for aid.

When Cleopatra’s Needle was erected in Manhattan’s Central Park in 1881, there was a time capsule placed under it.  The exact contents of the time capsule are a mystery.

We are excited about our own tribute to Cleopatra’s Needle, which is placed in the center of the entryway into our Manhattan condo development. The pillar is currently only at the base stage and we will be adding textured stone to the concrete as well as precast concrete caps and base accents within the next month. The pillar will be a tribute to the historic Central Park Obelisk as well as to the Manhattan development.

We would also like to put together our own time capsule and place it in front of the pillar. A ceremony is being planned for April 21, 2012 at 2pm to bury the capsule and purchasers will receive an invitation to attend this event.  If you plan on being part of the Manhattan community, begin thinking about what items you may want to include yourself such as photos, small objects or written paperwork.  Time capsule items will be accepted at the sales office closer to the event.