Commute or not to commute 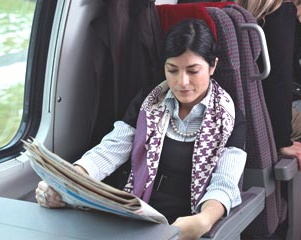 In a recent study released today, it shows that Canadians actually enjoy their commute and find it relaxing. This is contrary to the previous popular opinion that commuters are angry, tired, road raging monsters. Ok, maybe I embellished a little bit.

The more interesting piece is that, three quarters of the commuters that were polled said they were actually in a better mood after they finished their commute. I would imagine this is because they have time to unwind, mentally prepare or just tune out to music or a podcast.

This is good news considering the cost of living continues to increase in the Greater Toronto Area and owning a home there is becoming virtually impossible for first time home owners. The price of a home in Barrie can be up to and over $100,000 less than GTA.  Looks like moving to Barrie is becoming a more attractive option each day.

Previously this year, Stats Canada release a report the ranked Barrie one of the safest cities to live in Canada. Then, the Real Estate Investing Network released an article ranking Barrie as the third best place to invest. Now, with this study showing that commuting isn’t as bad as we thought, it appears living in Barrie is probably the best thing you can do for you and your family.