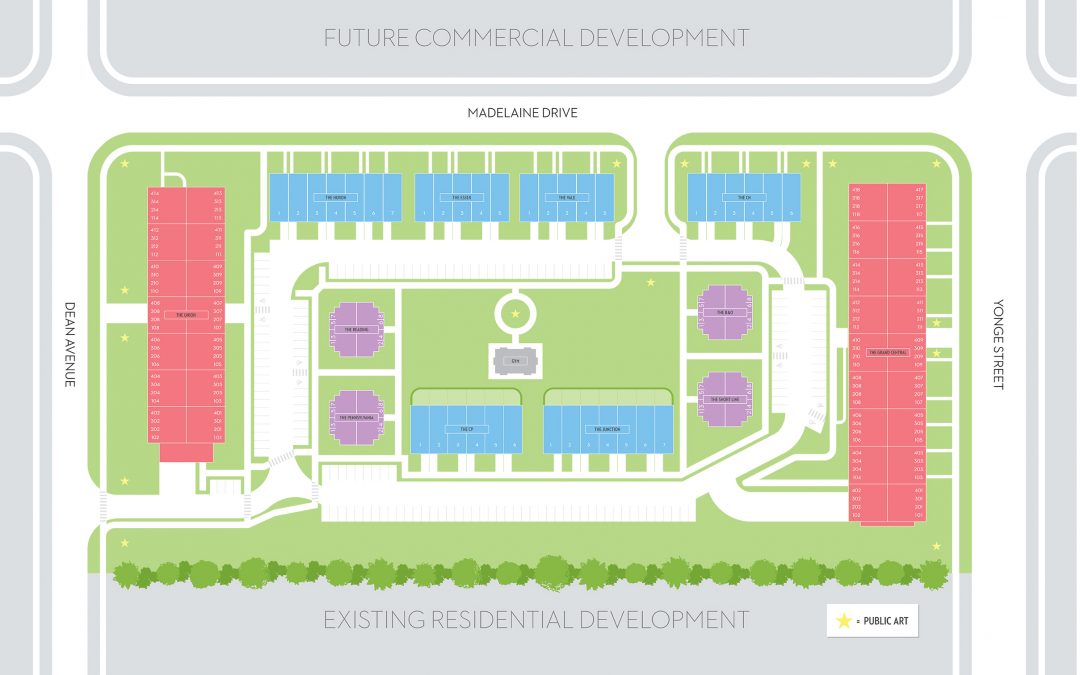 Today is a grand day!  We have awesome news for you. We have determined a launch date for phase 3 of Yonge Station. This will be your last chance to live in Barrie’s hottest new development. The grand opening for phase 1 and 2 was May 3rd, 2014 and was met with overwhelming excitement and enthusiasm from people who wanted to be apart of all the awesomeness that Yonge Station has to offer. The community is 70% sold out to date.

Yonge Station possesses a “train” theme to promote the close proximity to the Barrie South GO Station as well as Barrie’s steam train heritage which dates back to the 1800’s. During phase 1 and 2, we released a 56 unit condo building, four 8plexes and 6 town home blocks. Each of the buildings are named within this train theme. The 56 unit condo building is cleverly named the Union, the 8plexes are named after the monopoly rail roads (cool huh?) and the townhome blocks are named after Canadian Rail systems. This naming theme will stay consistent during the phase 3 launch when we release new floor plans and prices for our 72 unit condo building named the Grand Central!

Yonge Station has an incredible location within steps of the Barrie South GO Station as well as minutes from all the amenities you need to live you active lifestyle. From our sales office, at the corner of Yonge Street and Madelaine Drive, you can see the Zehrs, Shopper Drugs Mart, gas stations, banks, the Beer Store and LCBO (thirsty?), as well as the Public Library and all sorts of other conveniently located stores.  It’s the perfect location!

Yonge Station is the most unique and exciting new development to be constructed in Barrie…Why you ask? Yonge Station is the ONLY community in Barrie and Simcoe County that has public art installations from a world renowned artist. Ron Baird, the creator of Barrie’s famous Spirit Catcher was commissioned to create 15 public art installations that will be peppered throughout the Yonge Station Community. Thus far, the majestic Spirit Clock has been installed at the corner of Yonge Street and Madelaine Dr. I’m sure you’ve heard about it our at least seen it.  We have also installed the welcome sign at the corner of Dean Ave and Madelaine Dr, this was designed by Ron Baird and will be located into the centre of the community once it is finished. The next piece to be installed is Wheelie, a 3800lbs, 25ft feet tall, kinetic sculpture that moves in the wind. Wheelie has ten moving parts, took close to 200 man hours to create and will rest in central park inside the Yonge Station community.  Wheelie is scheduled to be install in the coming weeks. Don’t worry, we will let you know.

Now to the news you’ve been waiting for…The launch of phase 3 will be Saturday September 27th at our Yonge Station Sales Office. This will be your last chance to live at Yonge Station. We will be releasing for sale floor plans for our 72 unit condo building, the Grand Central. This building will run along Yonge street, has underground parking, two elevators, oversized balconies and unique architecture.

We will be releasing the floor plans and prices ahead of the grand opening. If you’re interested  in a sneak peek visit www.yongestation.ca and register today.

See you at the phase 3 grand opening!